An excerpt from article appearing in MultiChannel Merchant, October 2008 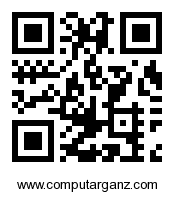 QR codes can be seen everywhere in Japan — no surprise, since Japanese firm Denso-Wave created the technology in 1994. Cell phone users in Japan can click a QR code printed on a poster at a movie theater and view its trailer.

It helps that QR code readers come as a standard feature on cell phones in Japan and Australia. And Harper says they're starting to become standard in certain parts of China, such as Beijing. (The software remains open-source in the U.S., though Nokia did add it to its N95 model).

Computar/Ganz , a business-to-business marketer of cameras and security systems, in March started using the codes on each of its Website product pages. The company's parent is CBC (AMERICA) Corp., which is owned by a Japanese company. Its catalogs in Japan already contain the QR codes.

But Computar/Ganz, which worked with Engagelogic on the QR code initiative, is taking baby steps with the technology in the U.S., says Nina Matthews, marketing coordinator for CBC America.

"When a customer scans the barcode with their phone, it launches a mobile-ready product detail and ordering page,” she says. “This enables the customer to grab the page for follow-up while on the go or for sharing with others.”

"The goal for CBC (AMERICA) is to provide an innovative service for Computar/Ganz's customers, and then move forward based on customer feedback," Matthews says.