Home > News & Events > In the News > Companies You Should Know: CrucialTrak

Companies You Should Know: CrucialTrak 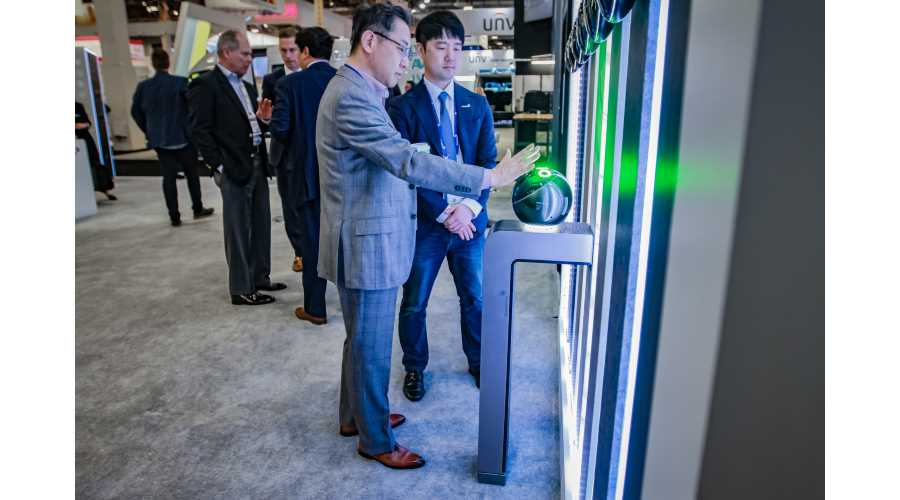 Biometrics in access control is not a rare thing; seemingly every other week, a new facial recognition or fingerprint reader device is put out onto the market. But when the CrucialTrak team won the grand prize for Best New Product at the Security Industry Association’s New Product Showcase in 2017, they knew they had created something special: the world’s first 4-in-1 touchless multi-biometric reader.

“When we won the top prize, it was a pretty big shock, just because we were unknown at that point,” said Daniel Gold, vice president of CrucialTrak. “But a lot of the competition, especially two years ago, was focused on single modality, so you saw a lot of strictly facial recognition devices or strictly iris devices or strictly fingerprint.”

The BACS Quattro, that first product that took home the grand prize at CrucialTrak’s first ISC West in 2017, uses a simultaneous 4-factor authentication process that supports face, iris, fingerprint, and palm vein detection. It can be applied anywhere, from critical infrastructures where the highest level of security is required, to small businesses that have lower security requirements but still want unique authentication abilities.

Since releasing the Quattro to great acclaim, CrucialTrak has released additional products which are variations on the technologies present in the Quattro. The BACS Duo, a 2-in-1 biometric reader which uses face and palm vein recognition and features a built-in card reader, is the most popular of these variations, according to Gold.

The majority shareholder of CrucialTrak, Crucial Technologies, has a long history of designing and manufacturing biometric devices for phones and laptops out of Seoul, South Korea. The support and resources supplied by Crucial Technologies have allowed CrucialTrak to take its time to grow slowly since its inception in 2016, Gold says.

“That first year was really slow, and fortunately our financial situation allows us to be very measured with how we grow, and not necessarily rush products out to market when they’re not ready just because we need to start generating revenue,” Gold said. “In 2017 and the first half of 2018, revenue was being generated, but it was slow; but for the last nine, ten months, we have started to see an uptick, and we’re delivering projects and having a lot of good sales opportunities and deals that are closing.”

While Crucial Technologies is based in Korea, CrucialTrak claims Houston, Texas, as its home base, and North America as its primary focus. But it is still a global company, with offices in Korea and Tokyo, and distribution partners with offices scattered throughout Europe. CrucialTrak has approximately 60 employees worldwide, with the majority of them working on the hardware and development side.

Still, in the early stages, the company has been focusing on creating partnerships with end users and integrators that realize what CrucialTrak is and see the value in what it has to offer. Gold says one of the factors that makes CrucialTrak unique is end users’ ability to mix and match what modalities they want — they can get any combination of face, iris, palm vein and fingerprint detectors put into a reader.

Currently, Gold says that CrucialTrak is working to create a user enrollment software application designed for facilities that have a large number of visitors regularly. The application would send a mobile credential to visitors that allows them to enroll their face via a mobile device so when they enter the building, they can skip the visitor’s desk because they already have access to certain areas of the building for a certain time selected by the administrator.

“We’ve done the first few data deployments in New York, so this will certainly be available on a large scale by the end of the year,” Gold said. “We’re excited about that because it pairs nicely with the hardware.”

Other future objectives for the company include creating technology partnerships and system integrations.

“We’re still a small fish, but we have a very specialized product offering that generates a lot of interest, so we need to make sure we can go into large multi-system deployments and play nicely with everybody and not create a headache, so we’re working on integrations with the big fish in access control, like Genetec and Lenel,” Gold said.

This article was written by Courtney Wolf, SDM Magazine.  Follow the link below to see the original SDM Article.

CrucialTrak is available in the Americas through a strategic business alliance with CBC AMERICA. For more information, go to ganzsecurity.com/crucialtrak.