Receive Geotagged Streams From Your Phone

Once streaming from the device camera was introduced, one of the most frequent requests was to add geotags for that video stream. Indeed, we geotag pictures, tweets, posts in social media, so why not make the built-in GPS facilities of your phone useful for security?

By the end of reading this how-to, you will learn the benefits of connecting your smartphone to your CORTROL server and know how to make the most of it.

How Does It Work?

Geographical metadata –  latitude, longitude, and altitude  – are retrieved via location services of the mobile device, and attached to the video stream, which is being transmitted to a CORTROL server. Thus, the location is associated with footage, serving as solid proof of where the video was shot.

On the CORTROL server, the GPS data are displayed with the live video and also saved in the archive if the recording is enabled for the target stream. Also, you can create a  geo map on your CORTROL server and enjoy an interactive device label displaying its current position.

Take a smart device running  Android  4.4+ or iOS 8.2+ and install CORTROL Mobile app, add your server details and make sure you can.  Then, go back to the app settings: there are a couple of things to be adjusted here:

If you are doing this inside a CORTROL Global system, make sure to add the CORTROL Global server connection details in the app, even if you are going to register your phone on one of the recording servers. The management server is intelligent; it will redirect the streams automatically. 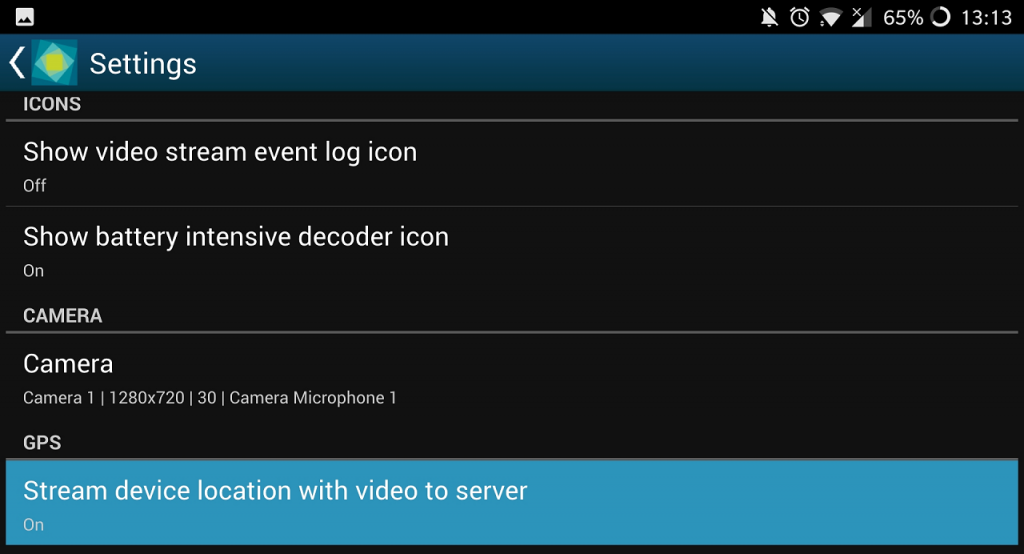 Now that your app is ready to stream, apply a bit of configuration on the server side so that it can accept the stream and treat it in the right way.

Connect to your CORTROL server via Console application and add a new device manually, with its model set to  Generic External Source  – this is a select type reserved for the mobile app cameras. If you are using a CORTROL Global system with remote recording servers, you can add the device directly to a recording server, provided that your phone can connect directly to it – either over WiFi or 3G/4G. Save the device and note the generated code: you will be asked to enter it in the app, as described further. 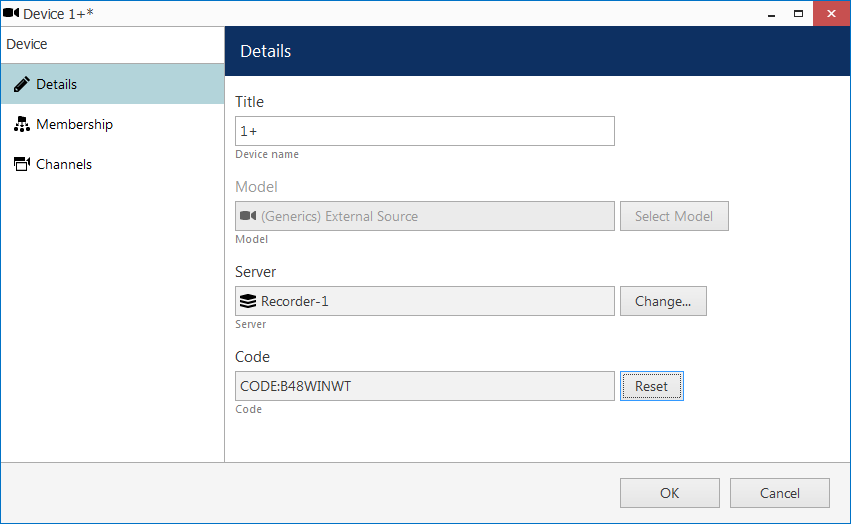 Add mobile app as a device on the recording server

If you want to see a mobile device marker on the map with its real-time location, a geo map  will let you have it:

Later, in the CORTROL Monitor application, the marker will move as the streaming device will change its location; if the device does not transmit (is offline) or does not have GPS enabled, the marker will stay on the position you defined when creating the map. 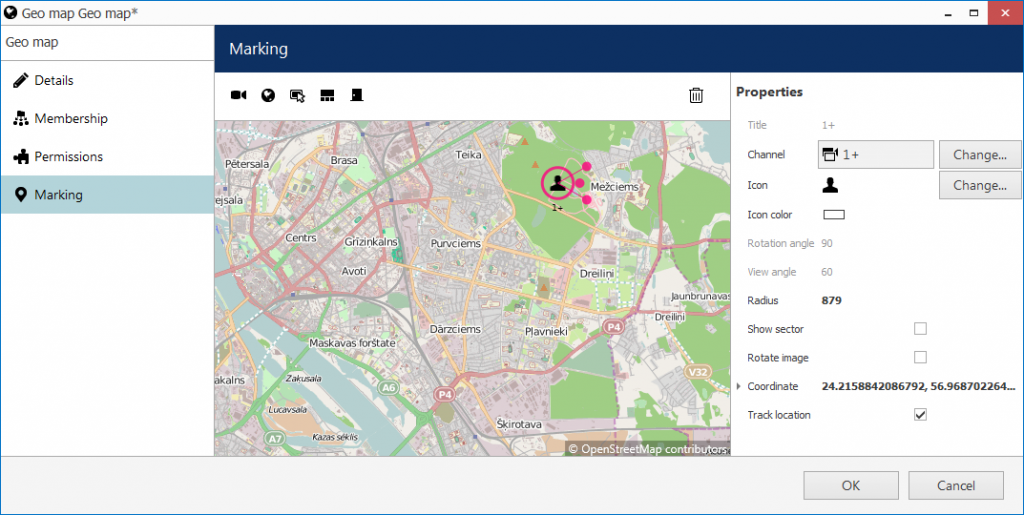 The server configuration is now ready, too, but do not close the Console application yet. Get back to the app, connect to the server, and tap the  Stream Camera option under application settings, then tap the Play button in the bottom right corner, as suggested. You will be asked for a token: enter the code from the device properties in Console (as shown in the snapshot with the device configuration above). Be careful with your O’s and zeroes when typing! You can go to the device settings and reset the code anytime if it looks too ambiguous.

After you enter the token, two things will happen: the code in the device settings will change to IMEI, indicating that your device has paired with the server, and the phone will start streaming the video to the server. (Tap the  Play  button again to stop, tap it twice to retry streaming if something went wrong). 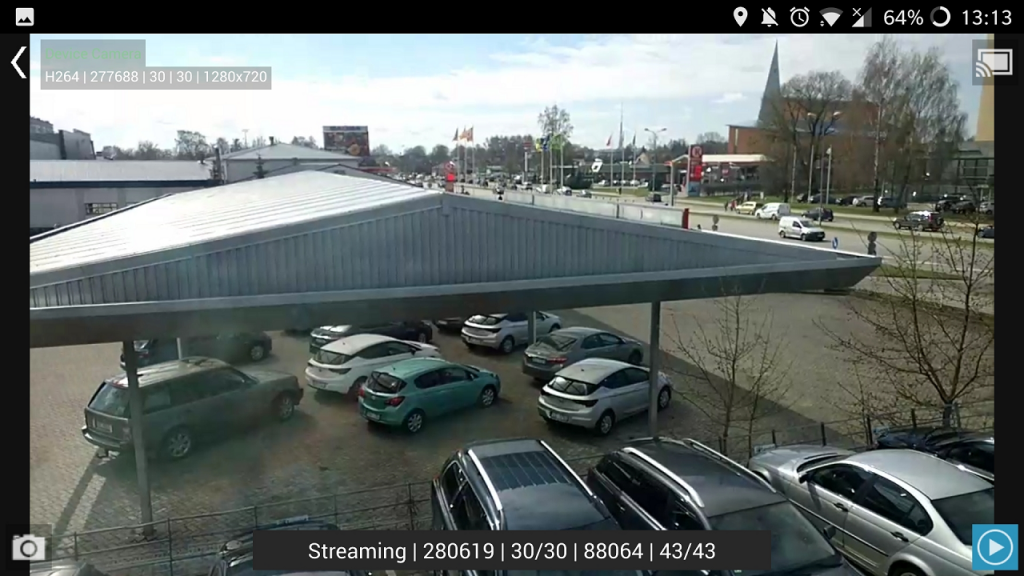 A live streaming screen in the mobile application

Time to connect to the same server from the CORTROL Monitor application to see the results of your work: 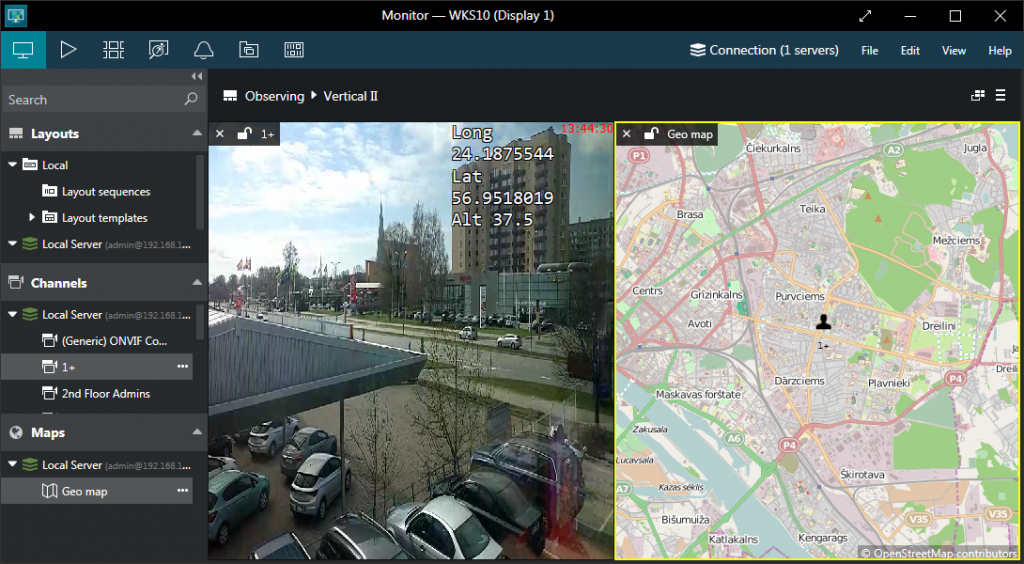 Is the GPS Data Recorded also?

Thus, when you view the recorded stream in either instant or regular archive playback mode, the overlaying GPS data will be there, just as it is for the live stream.

Now you can go ahead and try this out with all your smart devices – make sure not to interfere with anyone’s privacy!

P.S. Yes, we are  ©OpenStreetMap contributors