Home > Ganz Blog: Focus on Security > An Intuitive Mobile Solution at Your Fingertips

An Intuitive Mobile Solution at Your Fingertips

Today, it is hard to imagine anyone without a smartphone in their pocket. We jump from app to app, browse news feeds, and explore trends, take pictures and dash off messages and emails; eventually, even make calls! More and more laptop functions are delegated to handsets, so why would a CCTV client be an exception?

CORTROL mobile client has been on the market for years now. Following the recently introduced CORTROL software family and growing customer demands, it has shed its skin and now presents its shiny new face to the world of video surveillance.

Naturally, the app is free of charge. Using it, you can connect to any CORTROL server - be it CORTROL Global, CORTROL Premier, or even Prime, the complimentary edition. Alongside with the traditional functionality - live, playback, PTZ, and digital PTZ, Chromecast support, snapshots - the new CORTROL Mobile app bring a fresh UI, optimized for CORTROL Global, and a range of advanced features.

Designed to work with CORTROL Global, CORTROL Mobile easily handles hundreds of channels thanks to several usability improvements. You can enter multiple CORTROL Premier servers for the app to connect to, or take advantage of your multi-recording-server CORTROL Global system and connect to all recording servers at once via Global server or its mirror. 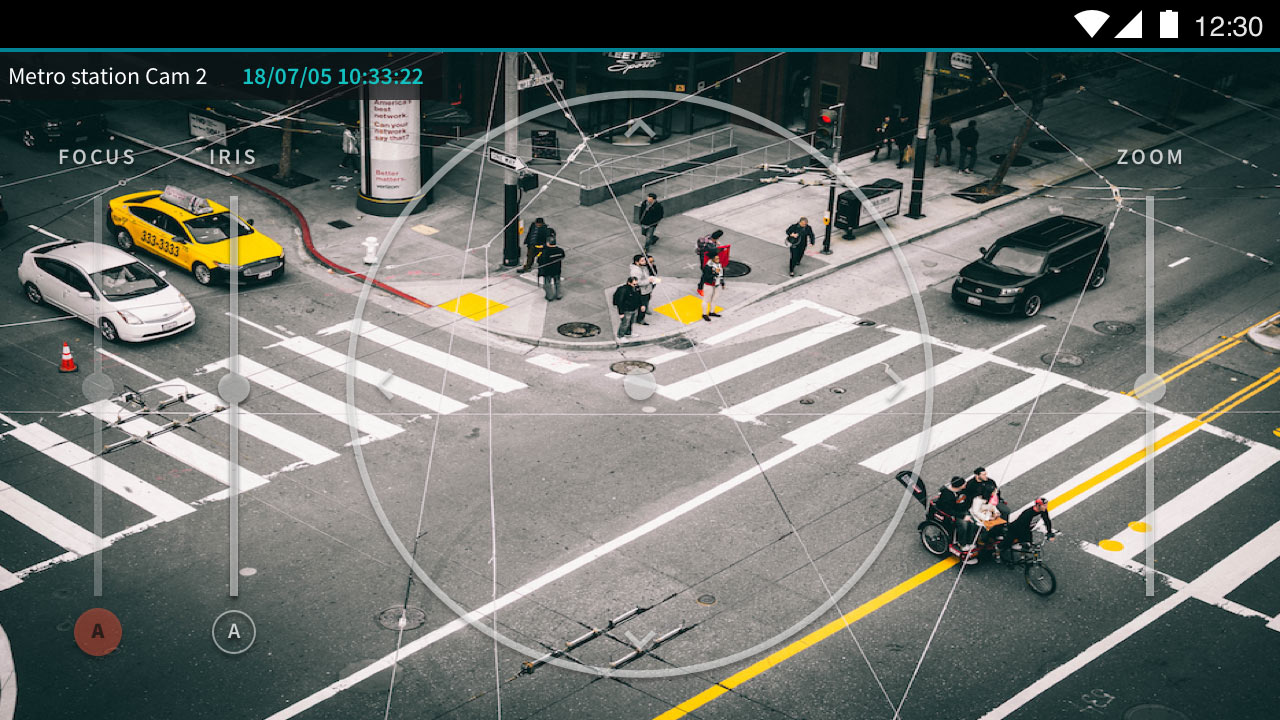 As usual, CORTROL Mobile comes with multi-language support. It is installed in English by default, but it is easy to switch to other languages by choosing the desired option in the app settings. Other app preferences cover incoming streams and device camera setup, as well as widgets and network preferences. The mobile client is HTTPS-friendly and will work with both self-signed digital certificates and those issued by certificate authorities.

CORTROL Mobile is mostly intuitive, without any complicated gestures or sophisticated structures. After you have added the server connection, the first interaction with the app consists of four simple actions:

Another gesture you can use is the long tap. It brings up a hidden menu with a bunch of channel-specific actions when used in the multichannel live view. 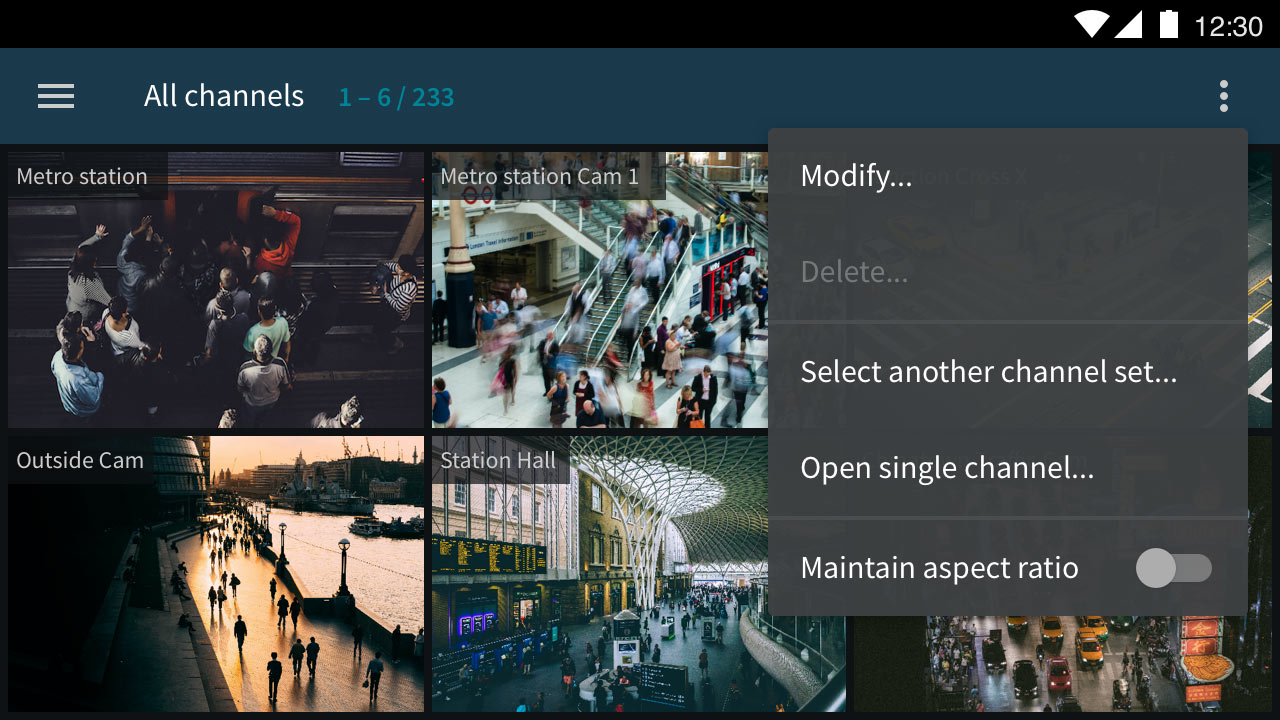 After connecting to any server, you will see all available channels - according to your user permissions. Feel free to modify the default channel set and create custom channel set! These are similar to layouts in the CORTROL Monitor application but are more like lists of channels instead of grids.

CORTROL Mobile now also supports visual groups. Initially, these were designed for arranging channels, maps and user buttons in the CORTROL Monitor application. Now, your existing, visible groups containing channels will appear in the mobile app, too. You will find them in your server's top right corner menu, listed alongside channel sets.

Digital PTZ functionality has received an update, too. When you zoom in a live channel by pinching your fingers open, a small picture-in-picture preview appears in the corner. Use the preview as a reference while you examine the scene by dragging in all directions, then tap once it to reset the zoom level to normal.

You may have already used CORTROL Mobile for casting video from your phone's camera to CORTROL servers. What you probably did not know is that you can add a virtually unlimited number of mobile devices to your CORTROL server: only those currently streaming will use the license. In other words, licensing for the mobile app channels works similarly to a Netflix subscription: you can install the app any number of times on many different devices, and the license only limits the amount of simultaneously used connections.

You can initiate live streaming from the server menu (top left corner), or pre-configure a panic button. This button widget, when tapped, will connect you to the target server and start streaming immediately. There is also an option to record these sessions on the server side by simply enabling continuous recording for the main stream. The recorded data includes both video and audio, as well as GPS coordinates - if enabled in the app settings. Apart from the video overlay, CORTROL geo maps also reflect the GPS position, making you able to see all the presently transmitting devices in their live locations. And there's good news for devices supporting H.265 - CORTROL Mobile can both decode and encode H.265 streams for you.

What Else is There?

As you might expect, CORTROL Mobile features two-way audio. This means that, during the live session, you can hear what is happening on the sender side - and talk back to them right from the CORTROL Monitor application. 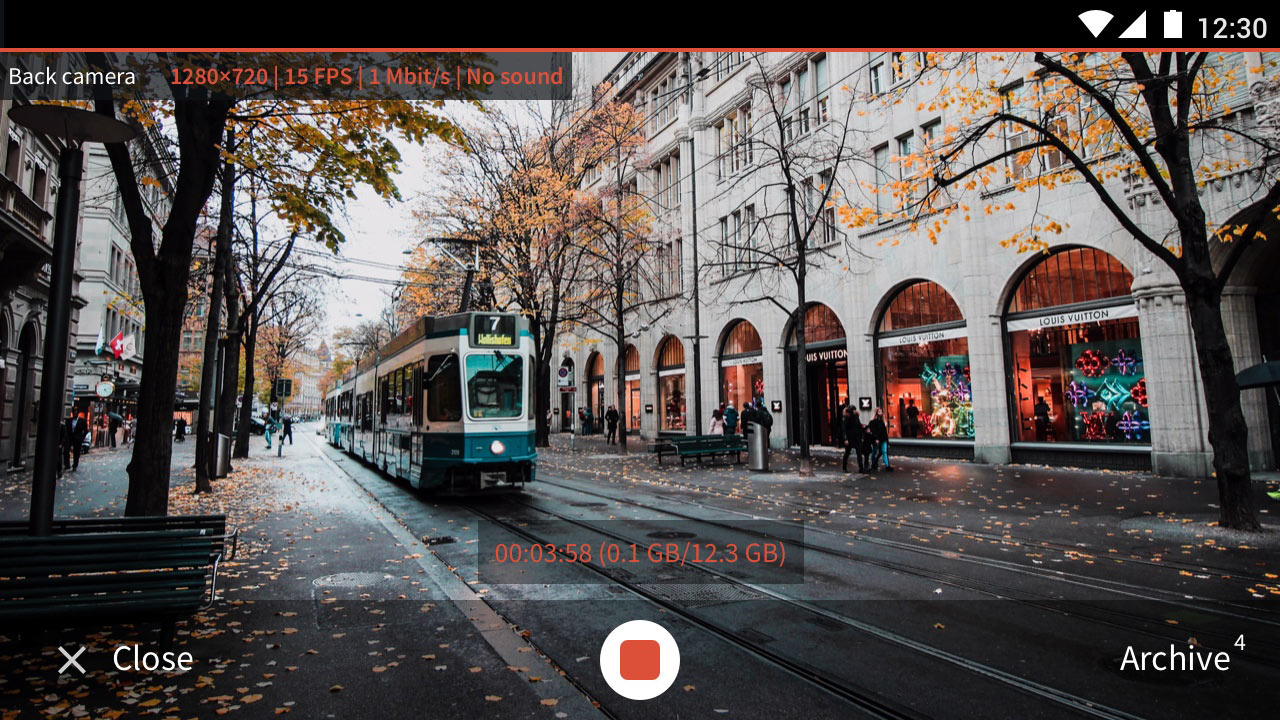 If you are not a fan of live stream delivery, or if constant mobile connection costs you an arm and a leg, CORTROL Mobile offers a great alternative: offline recording. It is also called edge, or onboard recording. The app stores the recordings on your phone until you decide to upload them to the server (or maybe different servers). Enable edge recording for the mobile channel on the server side, and there they are! Note that you cannot do that with a regular camera app - CORTROL Mobile only.

Integration with CORTROL Event & Action manager takes CORTROL Mobile to the next level and adds extra flexibility to your pocket client.

What events do: you get notified about everything happening on your servers. Enabled by default on the app side, push notifications can be turned off in the server settings. You can view the event list and jump to the archive instantly to investigate the related footage. To configure events on the server side, use the Send event to client action in the E&A Configurator with the Display event in mobile application option enabled.

How actions work: via user buttons. Simply bind the desired action to any user button and then tap & hold it in the app to trigger the operation. 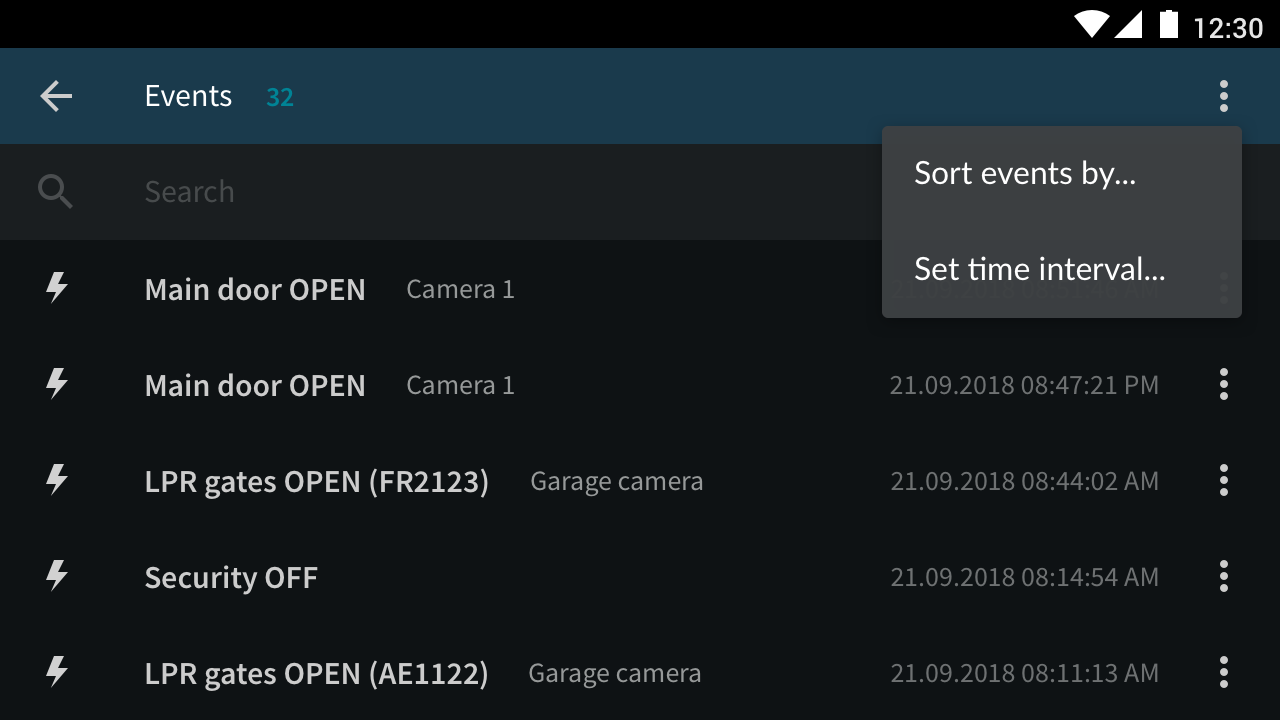 A very traditional example of what a user button can do is email sending - perhaps, also with a channel snapshot attached. But CORTROL Event & Action manager goes way beyond that! Its extensive list of available actions comprises full control over your video walls, triggers, and notifications to various third-party services including OPC servers and access control software, audio alerts to cameras and clients, and many more.