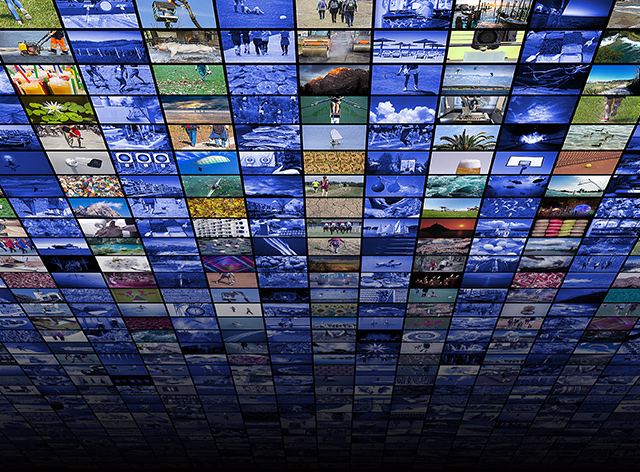 Whenever we discuss network video, one of the first associations is of the video wall. No matter how powerful the server is running it, it is the visual impact of the display that produces the “wow” effect — even on the most tech-savvy customers. Then they often take a step back, having heard the price. This is where all CORTROL Global customers benefit: our video wall has just got a significant enhancement with V.1.14.0 , and it does not cost you a penny.

Video walls are widely used everywhere - from airports to rock concerts. Traditionally, in network video, their application includes, but is not limited to, showrooms and control centers. To build a video wall, you take narrow bezel monitors, projectors, or TV sets, and tile them together. Depending on the goal, some or all of them may form one huge screen. This resulting “transformer” display is much better rather than just one large display: it offers customizable shape and size, distributed processing, and superior reliability.

Typically, you would employ additional technologies to make several output devices work as one. CORTROL Global allows casting a single picture onto a combination of displays from separate workstations. Most importantly, without anything other than regular Windows display management, this is achieved.

Video walls have been available in CORTROL Global since its very first versions. So what’s different about it now?

We have already seen how the CORTROL virtual video wall helps organize collections of displays, including those in different locations. Now, CORTROL Global offers another option: mosaic display, or, according to some customers: “the real video wall.” Previously, you could have a virtual collection of screens, scattered in many places, managed from one central point. Now, CORTROL Global also allows you to combine several local screens into one. Both approaches fit into the video wall definition, yet they have different use case scenarios. And, both retain CORTROL’s convenient and flexible management instruments.

In other words, CORTROL VMS now acts as your video wall controller — no middleware required. The displays may be independent, maybe even driven by different workstations. But, in CORTROL, they behave as a single canvas. Intelligent algorithms ensure full synchronization between the screens, guaranteeing zero delays.

Such architecture provides notable flexibility. Not only can you re-arrange the displays or add new ones at any point, but you also are free to use variegated hardware. The added flexibility is increased for both workstations and display brands. While a consistent video wall solution looks best on homogenous LCD/LED panel sets, a temporary replacement or a quick demo set-up becomes a piece of cake.

As you would expect, the rest of CORTROL Global video wall functionality remains the same. Once configured, control of any video wall screen contents is possible from anywhere in the universe.

Let’s consider a use case.

Four display panels tiled contiguously, driven by two workstations. The task for CORTROL Global will be to display one high-resolution picture using all four screens. Simultaneously, an extra display in the operator’s room should preview the same layout. 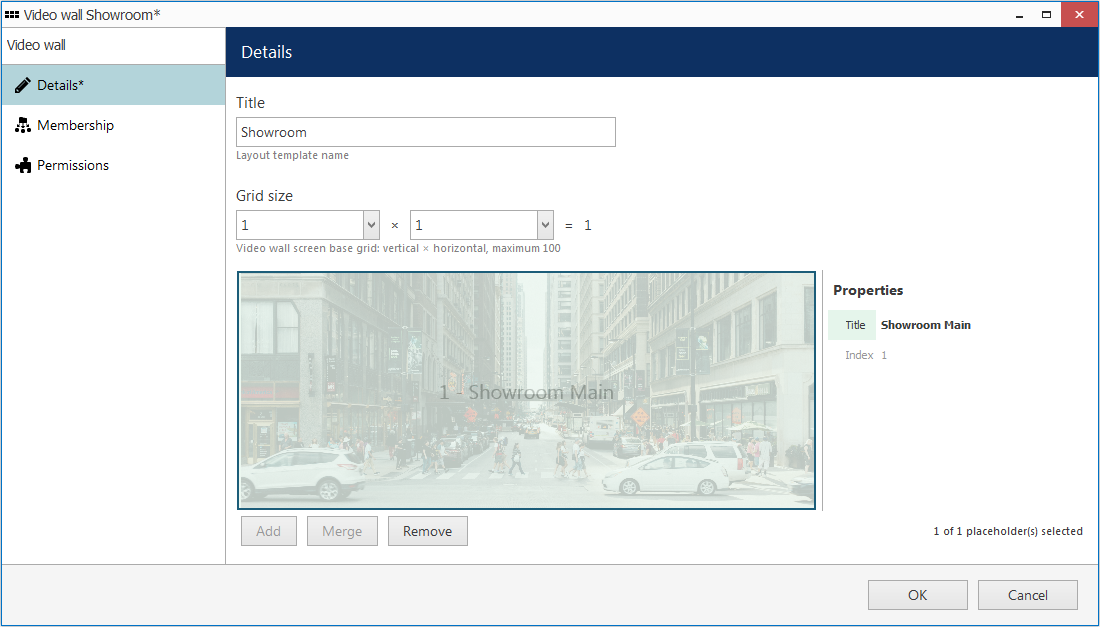 Step 1: Open your CORTROL Global Console; add a new video wall. For the current setup, the wall layout will be simply one screen, 1×1 grid. We shall use the same video wall screen for both the showroom and the operator’s room.

Step 2: Install CORTROL Client (Monitor) application on all client workstations. The client application does not require a license, and you can use either 32- or 64-bit packages. Each application instance may have one or several windows. Therefore, the four panels can be split between two, three, or four workstations. Let’s assume we have two client PCs here, each driving two displays.

First, in the showroom, all 2×2 displays will belong to the video wall screen with a “tiled” option. To do this, open the multi-display settings, select a window, tick the  Video wall screen setting, then also tick the  Tiled display option on the right. In the mosaic preview, enter the grid size and then select the part of the big screen that is occupied by the underlying physical display.

Second, in the operator’s room, point the monitor to the same video wall screen, without selecting the “tiled” setting. As a result, the corresponding output is produced on a single preview display.

Step 4: Have fun managing the video wall remotely or with CORTROL's Event &Actions. For manual remote administration, there is a separate tab in the CORTROL Client application called video wall (of course). To start, drag, and drop your video wall from the Resources section on the left. And then, place the desired layouts, channels and maps onto the preview area below. All adjustments will take instant effect, and you will notice the changes in both rooms. Don’t forget to save the current layout as a startup by clicking the “three stripes” button in the upper right corner of the preview area.

To make the most out of the tiled video wall, remember a few aspects:

CORTROL Global video wall feature is a strikingly, simple yet powerful solution for anyone. All the more, we are proud to present the “stretchy” video wall option as a further advantage.

Now, why don’t you go and try this magic feature?

Download a complimentary copy of CORTROL Prime now! Follow this link to learn more about all three editions.