Ganz CORTROL is the perfect system for managing cameras. The system can comprehensively respond to the most demanding customers' needs thanks to recent innovations. Intelligent solutions that unify the design can collect video images from up to 100,000 cameras in various subsystems and create an archive. This has a significant impact on reducing maintenance costs and providing a higher degree of safety and greater analytical possibilities.

Gaining more and more experience and collecting statistical data on the market needs, Ganz has a solution: Ganz CORTROL. The constantly accompanying precision and innovation guided the team working on the new project. It is the highest-quality response to customer needs, enriched with thousands of projects which improved the system. Ganz CORTROL is a complete video management ecosystem. It is a modern machine enriched with the ability to combine all VMS-related activities into one. With an intuitive interface, efficient architecture, advanced security functions, analytical modules, and a wide range of integrations, CORTROL is a comprehensive solution.

Ganz CORTROL is equipped with an intelligent integrations system, allowing it to work with almost any camera, regardless of the manufacturer. In addition, it has several advanced functions and additions that enable effective video image management.

Ganz CORTROL has an intuitive and user-friendly interface on both the desktop and mobile app versions that is easy and fun to get to know quickly—and allows one to learn how to use it even faster. Moreover, it can be used in large-scale solutions thanks to a central hierarchy of servers, archive replication, and other amenities.

Ganz CORTROL - An Improved Version of the VMS 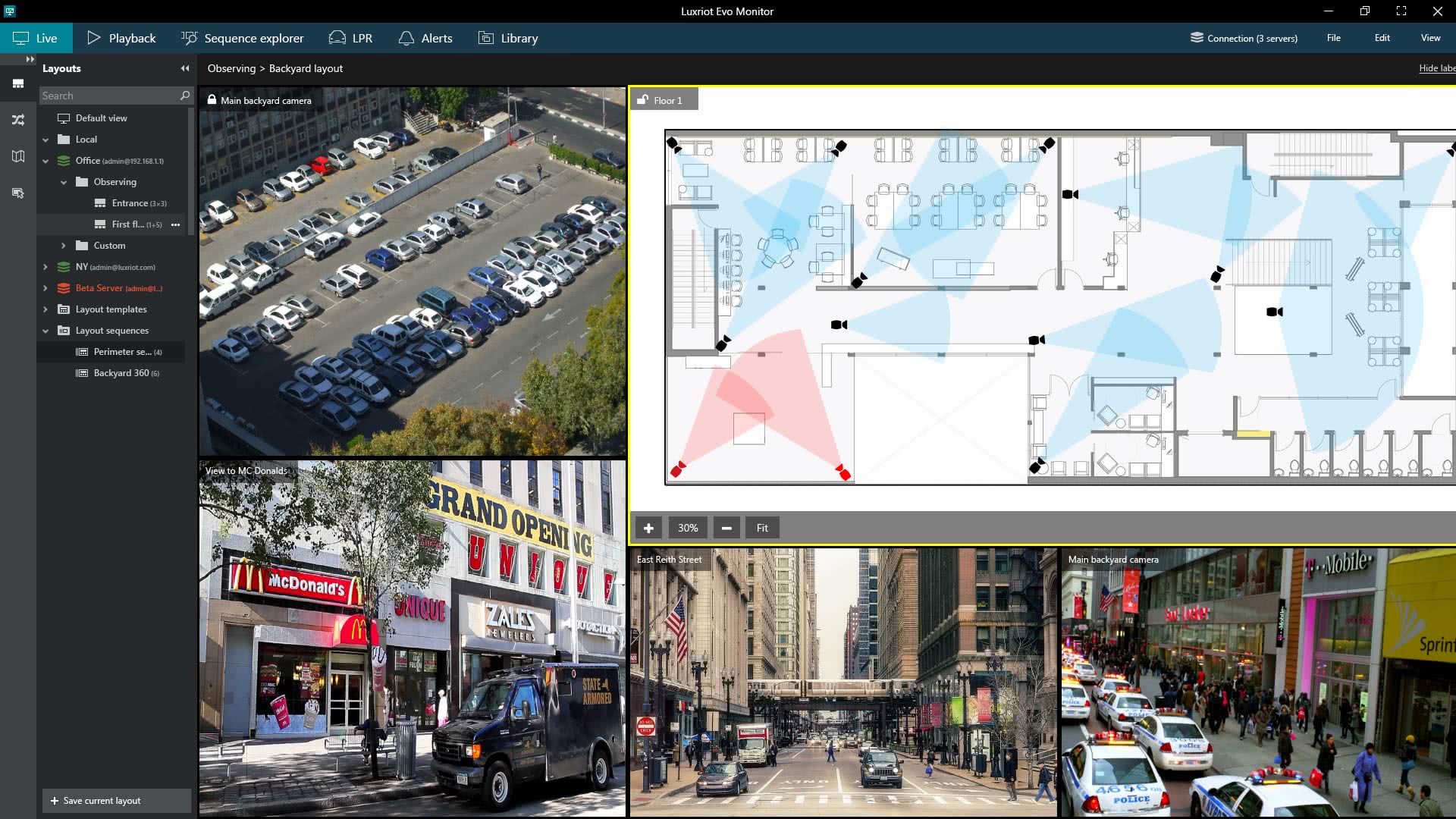 Ganz CORTROL 1.21.0 (add release date) is an upgraded version, with an even more intuitive interface and better functionality. In addition to the advanced features available in the previous version, Ganz CORTROL allows you to use the system in virtually any stream resolution. It is also not limited by any programming issues for remote connections. Thanks to this version, we can analyze a large amount of data and provide an increased level of security and protection of the data processed. Equipped with an advanced event and action manager system, it allows you to capture every event on the camera and process the image and reactions automatically. Furthermore, integrations based on Webservices are possible with virtually any other software, which enables automatic response and immediate action.

The unique image recording system will allow you to record even when the network connection with any camera is lost. The data will then be sent to the server when the network connection is restored. This allows the user to be fully aware of the lack of loss of any image recorded. It also provides alarm notifications. Each alarm is saved in the archive tab, which the operator can return to at any time to trace the events. Additionally, thanks to the integration with maps, the images are localized, which enables visual verification. 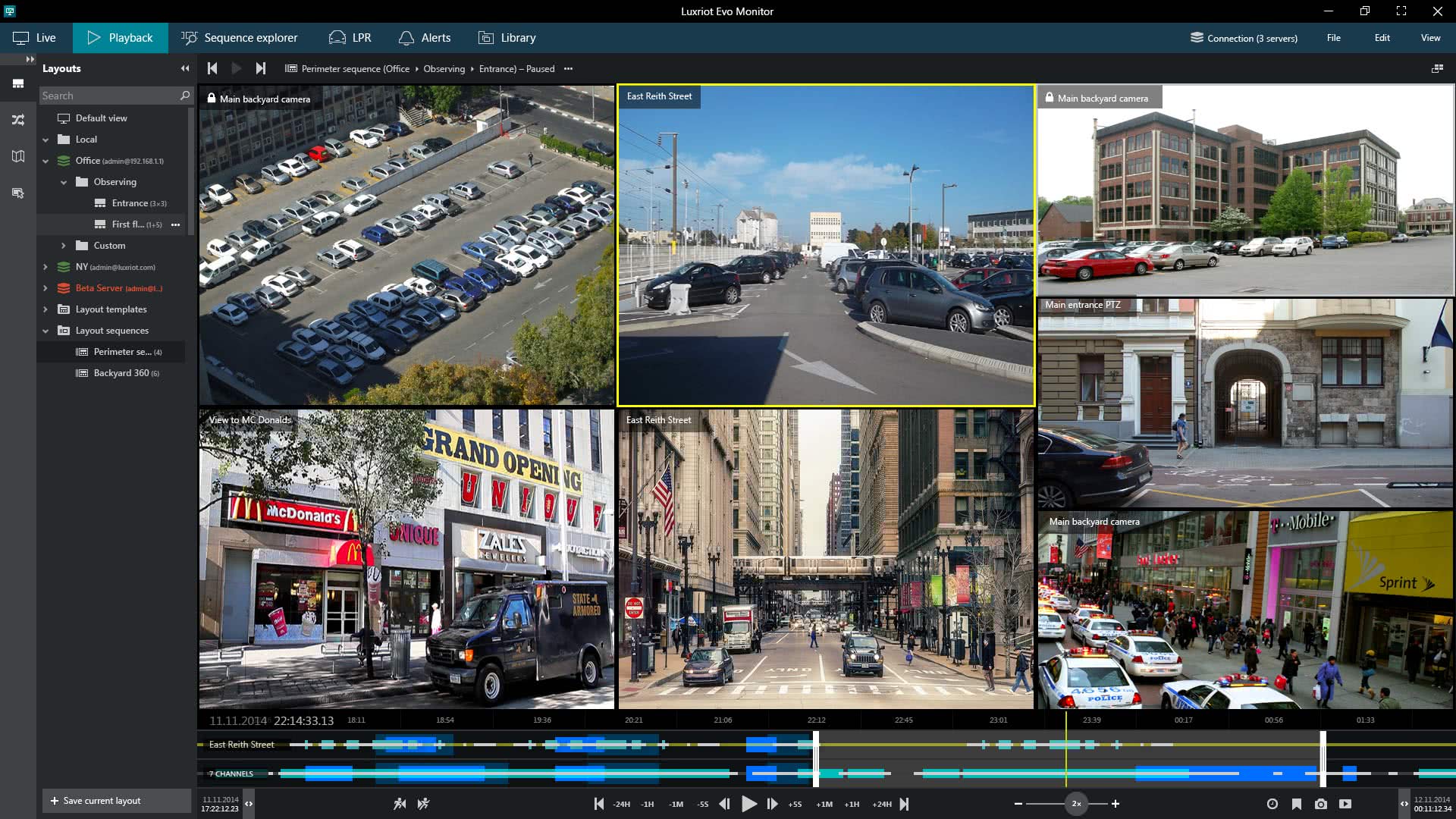 Ganz CORTROL Global is a complete governance ecosystem for businesses of all sizes. It was designed based on Ganz VMS core, the quality of which has been proven many times around the world. In addition, Ganz CORTROL Global offers 64-bit speed and the tools necessary to create a system, thanks to which the operator's reaction to an event can be immediate.

The system is equipped with a wall panel with improved configuration and functionality, and the possibility of easy management. It is indispensable for the operation of large video surveillance systems, especially when an immediate response to an alarm proves to be necessary. The multicast environment enables data transmission to various devices, which allows for full integration of work with large corporate environments based on Active Directory or LDAP.

You don't have to worry about data loss in a sudden server failure. Ganz CORTROL Global accurately tracks every operation performed on the server, so if one fails, the backup server is activated immediately. Additionally, all data is archived in real-time in the Data Center as soon as there is a network connection.

CORTROL and its Additional Features 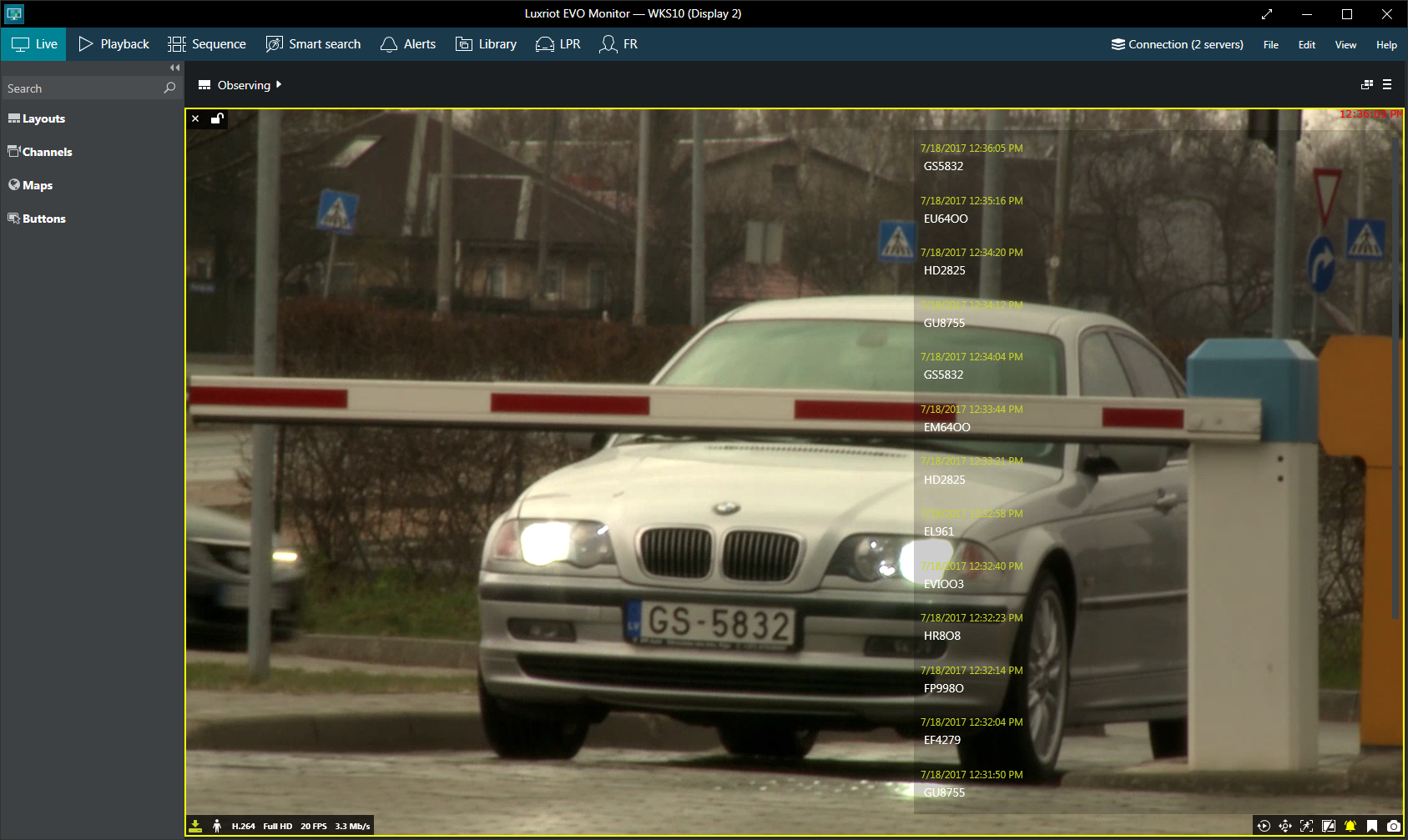 Ganz License Plate Recognition is a license plate recognition functionality designed to work with the Ganz CORTROL server. It is a solution dedicated to vehicle access control, road traffic, and law enforcement agencies. The system is equipped with functions that include algorithms that adapt to lighting conditions, camera position, or adaptation to the target-recognition area.

Ganz Face Recognition is a biometric application that enables precise and quick facial recognition, a high-reading level, and reliability. The technology, designed to work with the Ganz CORTROL server, ensures the high-performance recognition of multiple faces allowing live and recorded image analysis.

Ganz VCA has a core comprised of an advanced object tracking engine for moving and stationary targets. Using advanced algorithm technology, the system can recognize characteristic behaviors or situations. A camera with VCA function can be used as a standalone sensor or digitally coded on specific triggers.

The recorded image can be displayed in real time on the smartphone after installing the appropriate application available for Android and IOS. Features include geotagging, an emergency panic button, and emergency push notifications.

Subscribe to our blog below for industry news and product updates.